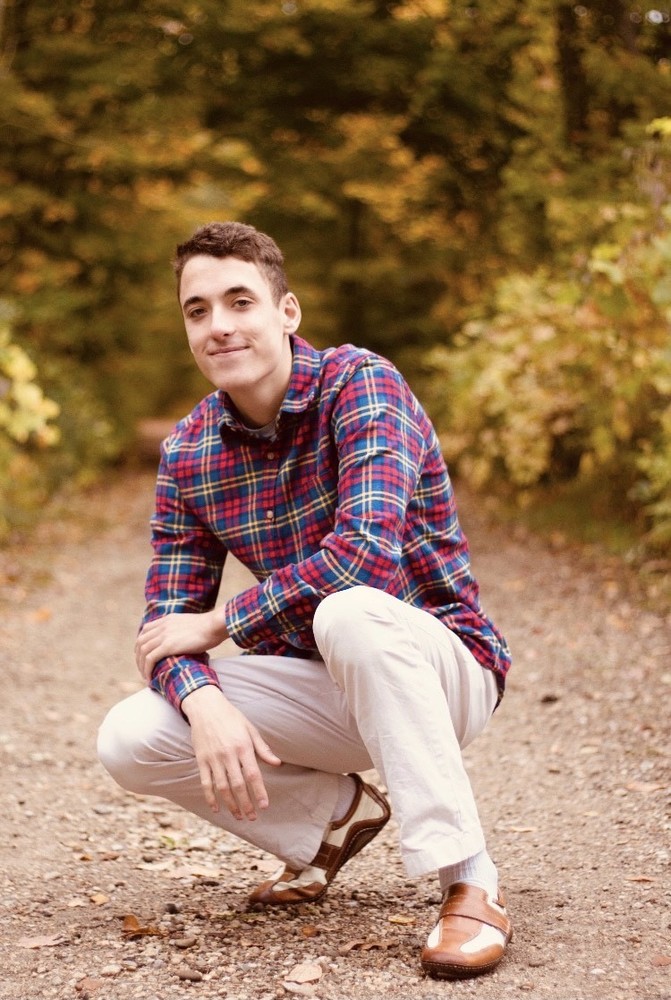 Evan Douglas Cary, son of Jennifer and Doug Cary, is a kind-hearted member of the class of 2021. When Evan is not at school he can be found spending time with his family & friends. He also enjoys being active outdoors and specifically fishing.

Evan’s most memorable moments from high school are celebrating his 18th birthday with his class and winning the Districts with the basketball team. At ECS Evan participated in Cross-Country, Track & Field, Basketball, and Baseball. In addition to this Evan is a member of SAFE in Northern Michigan and the Watershed Academy.

Evan’s favorite class was the Lineman Academy that he took during his Junior year.  It inspired him to pursue a career as an Electrical Lineman. Evan is most proud of being a member of a conference, district, and regional championship team in several sports.  He enjoyed the camaraderie with his teammates and is looking forward to watching his younger brother compete for Ellsworth in the future.

After graduation, Evan plans to attend Alpena Community College where he will complete the Utility Technician Program.  His future job interest is to become an underground electrical line technician.