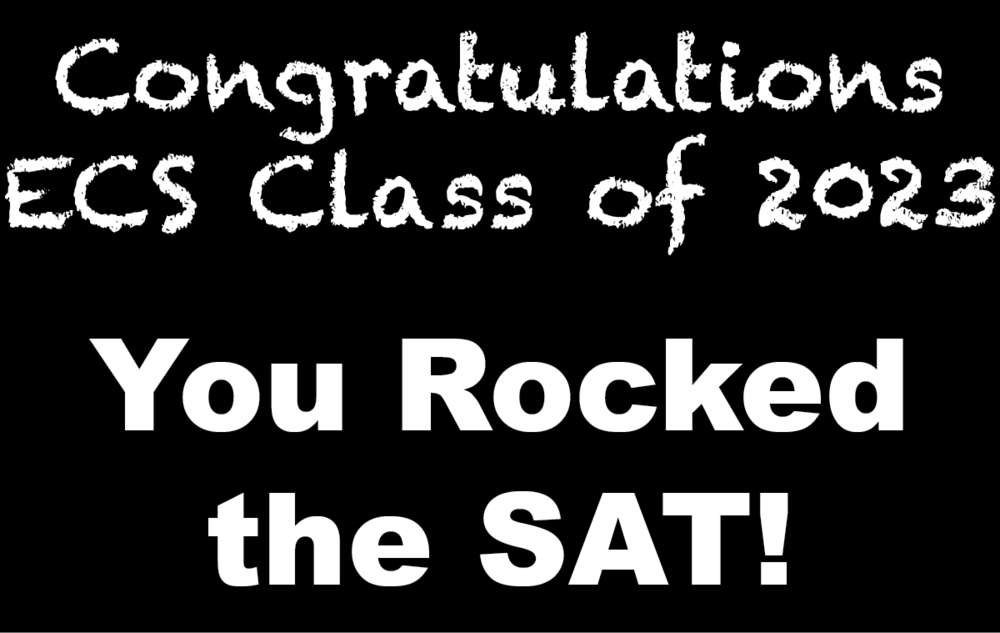 Huge shoutout to the ECS Class of 2023 on their outstanding class wide SAT scores.

As referenced in an MLive article from earlier this fall, the Ellsworth Community School Class of 2023 received some of the highest SAT scores in the State of Michigan during last spring's statewide junior SAT testing.

Ellsworth's combined average SAT score was ranked 38th out of over 600 high schools in the State of Michigan (26th among public non-academy high schools.) Not only that, ECS's average scores were ranked 3rd highest among all high schools "north of Clare."

Way to go ECS seniors and their families!